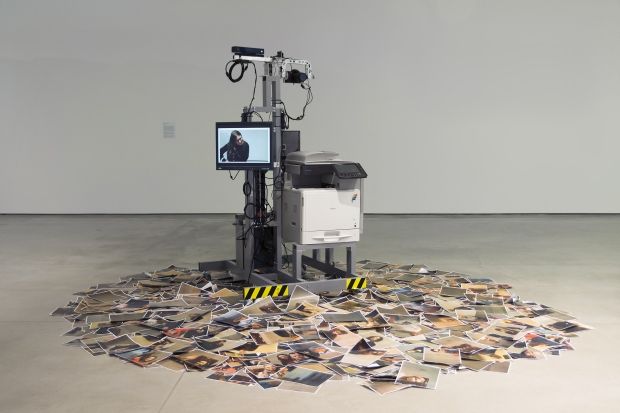 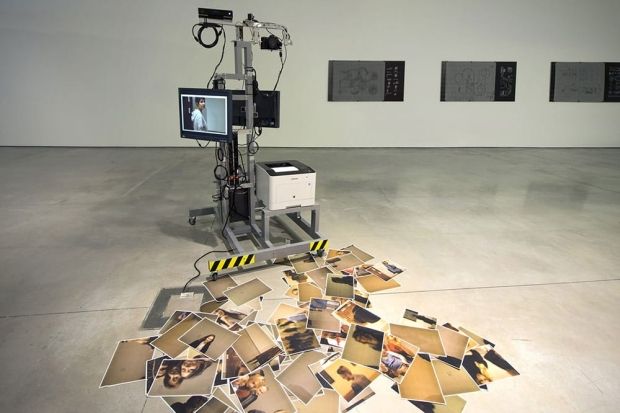 "Przemysław Jasielski. From the art of the Anthropocene to post-anthropocentricity"

Petitions signed in the past few years by researchers and pundits alike prophesise an apocalyptic future: the end is nigh. The only question is if the (this time around definitive) end of history will be brought upon us by an environmental catastrophe or Artificial Intelligence. In fact, a handful of Silicon Valley visionaries insist that we can outsmart the future by deploying Artificial Intelligence to solve environmental problems while achieving immortality to boot. Some of the visionaries staunchly believe that they themselves will become immortal. The philosopher and sociologist Bruno Latour makes a sound observation: the two visions, immortality and apocalypse, are not mutually exclusive. On the contrary, immortality for a few select, who will employ state-of-the-art technology and may even make an escape into outer space, seems a viable option but only at the expense of an apocalypse for the rest of us. Such, in Latour’s view, is Capitalism in the age of the New Climatic Regime. Now that we know the Earth is too scarce for everyone, let’s make sure that it suffices for some of us. To paraphrase the Colonel in the iconic 1970s Polish TV series Four Tank-men and a Dog: “Wherever we are, there lie the boundaries of our future; it is a road of no return.”

Faced with this prospect, we must not wonder that the Polish philosopher Ewa Bińczyk in her Epoka człowieka [The Human Age] reflects on the “malaise of the Anthropocene”: we have full knowledge of the consequences of humans’ impact on the environment, yet we are unable to take actions necessary to duck the bullet. Quite the opposite, we continue to act in ways that only make things worse. How to shake off the malaise of the Anthropocene? How to shirk the idiocy of visions where the silver bullet of technology saves the day? More than that, how to evade the despair and apathy of those helpless in the face of a looming apocalypse? We need to wield the ultimate weapon: our imagination. The imagination that the active participants of the May 1968 events in Paris wanted to take control. The imagination that was glorified in the motto of the Forum for the Future of Culture 2017: Freedom, Equality, Imagination. And yet it does not help to simply evoke imagination unless we know how to use it. Enter Przemysław Jasielski, an artist with a unique imagination which has evolved in the course of his artistic development by shifting from the art of the Anthropocene to post-anthropocentricity. More than a decade ago I came across his “control unit” series of works: “Earthquake Control Unit,” “Earth Rotation Speed Control Unit,” and “Global Warming Control Unit.” They have become canonical examples of the art of the Anthropocene and an intriguing take on the relationship between humans and the geoecosystem.

I presented an interpretation of Jasielski’s works, specifically “Global Warming Control Unit,” at the Art Line 2011 International Conference. “Jasielski’s intervention pricks the balloon of arrogance of those researchers who are certain they know the solution to any problem that they caused in the first place. He makes us reflect on that arrogance: are there really no solutions to the challenges of the Anthropocene other than more technical interventions in the environment and the global ecosystem? He installs a technical object operating as per the specification of a geoengineering project and achieves a profoundly non-technical effect: he puts in motion a discourse which could make much more impact than any new technology.”

That was a decade ago. The artist doesn’t stop evolving. His new projects speak to the intimate relationship between humans and technology. They unmask the technological system, originally described by Karl Marx, where humans are no longer masters but parts of a system which unfolds according to its own logic. This opens up a post-humanist and post-anthropocentrist perspective, perfectly embodied in the installation “Photo Robotoid.” A machine which takes automatic photos has to co-operate with humans; after all, it is their photos that it takes. But the machine does so according to its own designs, which shows that its autonomy is not necessarily perfection as understood by humans (such as faithful representation of the model); instead, the machine’s autonomy may engender a different understanding of the meaning of its actions, and thus produce photographs of original yet obscure aesthetics.

The photos themselves seem perhaps less interesting. Typically, those interacting with the Photo Robotoid often leave them behind, perhaps unhappy with the outcome. It turns out that what really matters is the interaction, the attempt to engage the machine in a dialogue, to “convince” it or to outsmart it so it would yield to the will and expectations of us humans. But there is no chance of that. The outcome is beyond anyone’s control.

At the Art Line conference, I said: “The Anthropocene requires a leap of the imagination. It requires an apocalyptic imagination. An imagination worthy of the time and age when all bridges to the Arcadian world of the past have been burnt and humans are both the master of and hostage to Nature. ‘Progress and catastrophe are the opposite faces of the same coin,” said Hannah Arendt. The French philosopher Jean-Pierre Dupuy elaborates on her credo to develop a philosophy of enlightened catastrophism, which stipulates that what is impossible is certain. What makes impossible possible is thinking it.” And representing it, I should add to encourage you to interact with Przemysław Jasielski’s art.

Translated from the Polish by Marcin Łakomski.