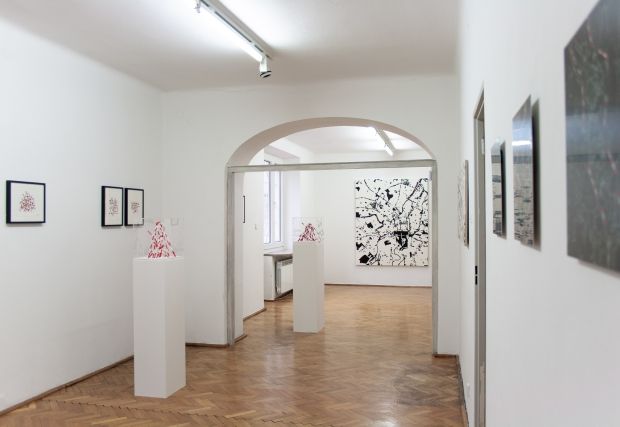 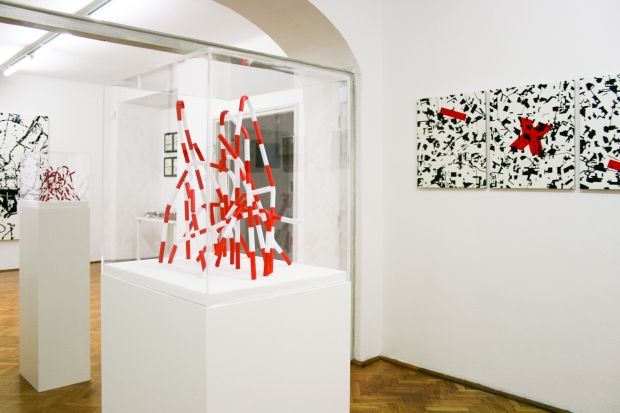 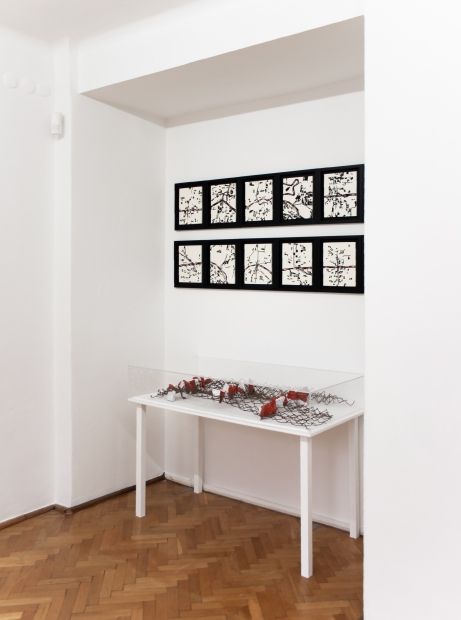 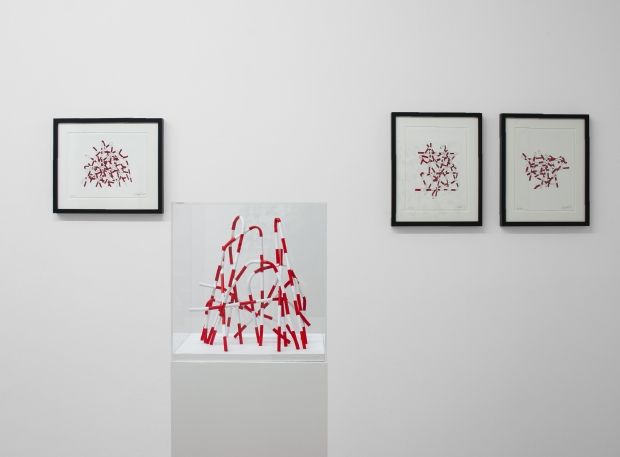 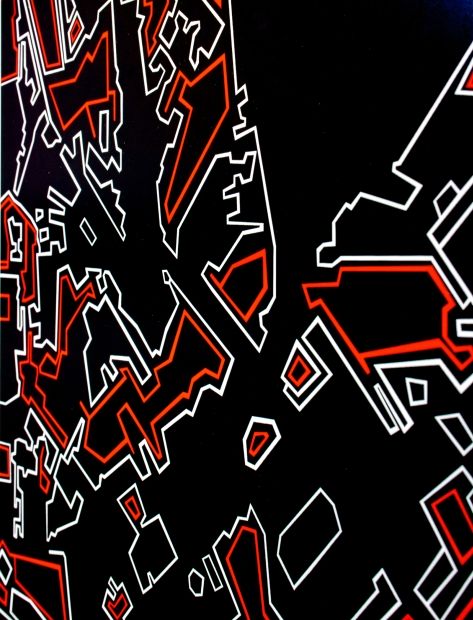 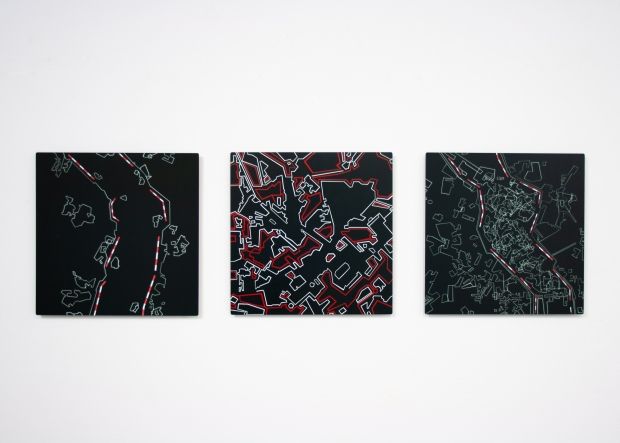 Why do humans carve the earth into territories they claim to own? By what right? Historic, practical, unreasonable and unethical answers spring to mind, but the question nags. Alicja Gaskon's interest in man-made dividing lines, the rise of nationalism in so many parts of the world, and in the barriers erected in attempts to control human migration, take the viewer deep into consideration of these questions and issues. She employs beautiful colors and forms as well as unusual materials and processes, all of which entertain the eye and mind as we consider the madness that our supposedly rational systems perpetuate across the globe.

Alicja Gaskon ( *1985, Warsaw) lives and works in New York. She received her M.F.A. from the Academy of Fine Arts in Warsaw and is a graduate in Architecture (WSEiZ). Gaskon has received grants and residencies from the ISCP International Studio and Curatorial Program, NARS Foundation, Asylum Arts Retreat for Jewish Artists, IAM Program at the New York Foundation for the Arts NYFA, ArtSlant, StartPoint Prize, and the Ministry of Culture, among others.
Gaskon's work has been exhibited in numerous solo and group shows in Europe and North America, including: Central Museum of Textiles in Lodz, Korean Cultural Center in New York, Galeria Labirynt in Lublin, Lengyel Intézet in Budapest, NARS Foundation in New York, EFA Project Space in New York, Le Guern Gallery in Warsaw, Balzer Projects in Basel, Solo Positions in Berlin, Artissima in Turin, Italy, Vienna Contemporary in Vienna, Noyes Museum of Art in Atlantic City, Saatchi Gallery in London, Times Square in New York (Chashama and Times Square Alliance), among others.

Susan Hapgood is a curator and the executive director of the International Studio & Curatorial Program in New York. The founding director of the Mumbai Art Room in India, Hapgood has worked in a curatorial capacity for institutions including the Guggenheim Museum, New Museum, and American Federation of Arts. She has curated over thirty exhibitions, including A Fantastic Legacy: Early Bombay Photography, FluxAttitudes, Neo-Dada: Redefining Art 1958-62, and Slightly Unbalanced, She has taught curatorial practice at Jawaharlal Nehru University, New Delhi, and Bard College Center for Curatorial Studies, NY. The author or editor of seven books and many articles on modern and contemporary art, her texts have appeared in publications including Art in America, Frieze, and FlashArt.