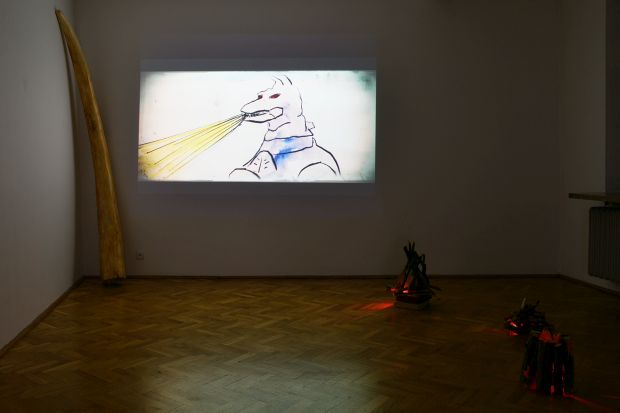 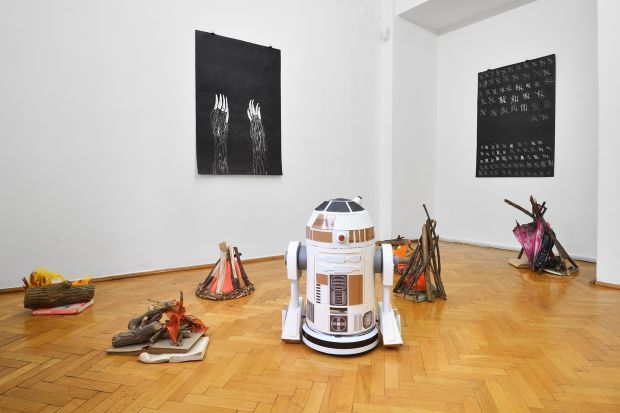 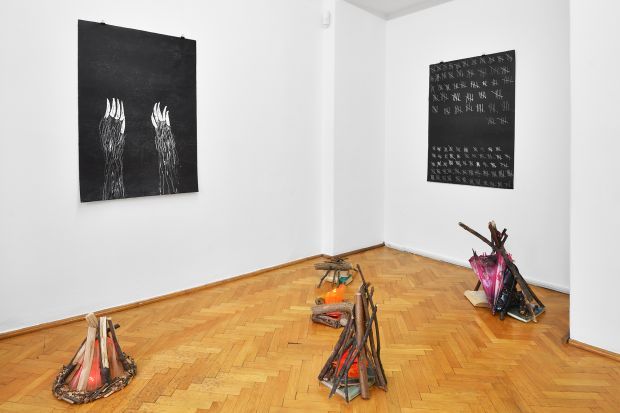 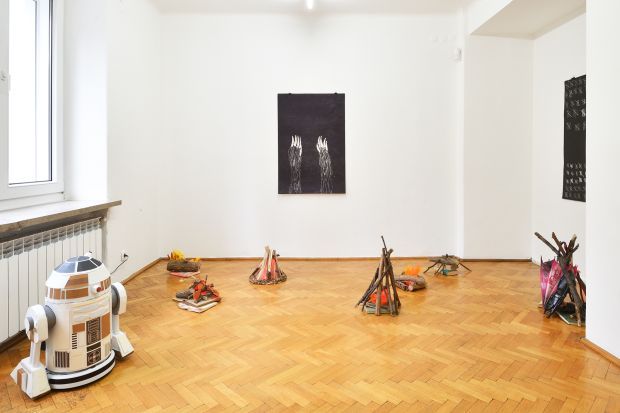 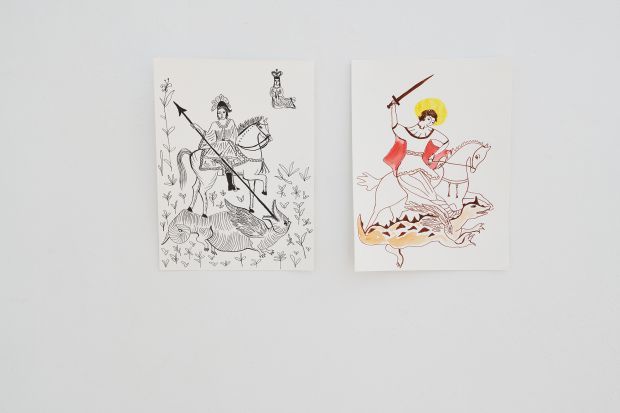 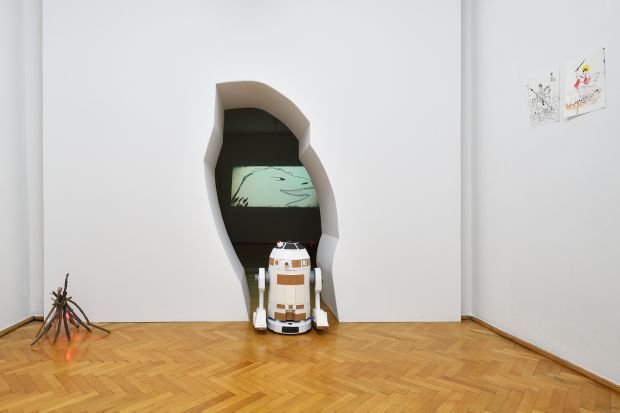 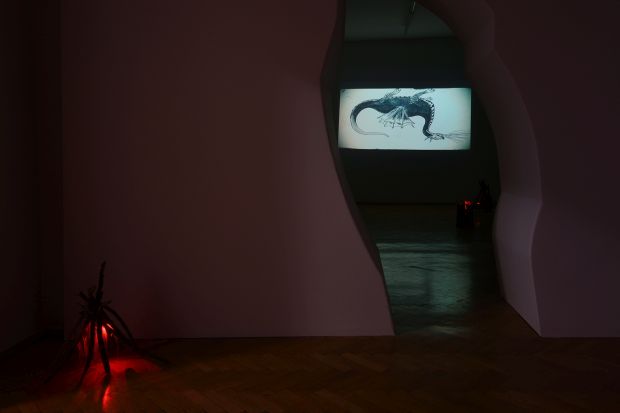 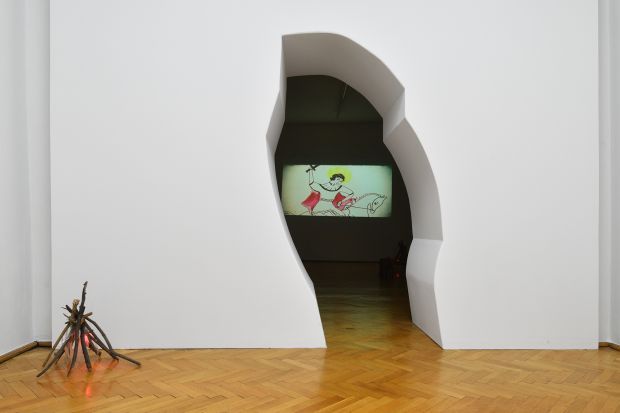 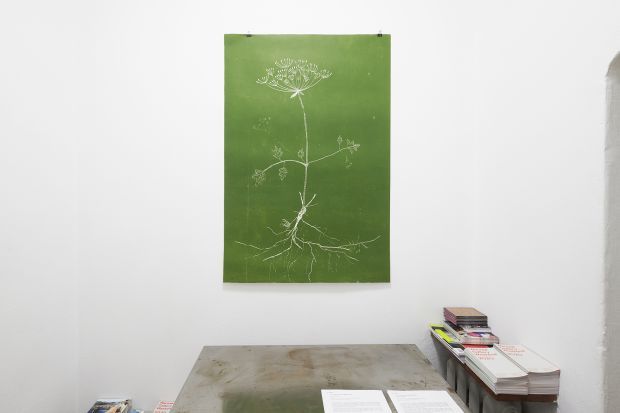 Jurassic Garden, an exhibition by two Polish-born, New York-based artists, C.T. Jasper and Joanna Malinowska is a form of reaction to the current and increasingly unpredictable global situation. Sensing a moment of historical detour and arrival of the era of decline, the artists turn to ordinary materials - readily available in the time of pandemic - and mundane methods of creation, in hopes to simulate the return of prehistoric age and the discourse of Jurassic reptiles, sulfur, fire, and rocks.

The gallery space, like a Platonic cave, is occupied by the sculptures of bonfires (inspired by a recent incident of burning books, Hello Kitty umbrellas, non-Western masks, and other “dangerous” objects by a group of Roman Catholic priests from Gdańsk), a mammoth tusk and a cardboard robot - the inept version of its sophisticated, sci-fi prototypes - that thoughtlessly bumps against the walls and other obstacles.

Another group of works on display is a series of woodblock prints, loosely referring to the execution of Socrates, reproduced in ink containing traces of hemlock (Conium maculatum), the poison that killed the philosopher. A woodcut technique to an inexperienced woodcut-maker is like having one’s hand transformed into a bear paw or Yeti’s pad, incapable of subtlety and refinement. It is another symbolic and very intentional nod towards regression. Kodak Zeitgeist, a video work that pretends to be an analog slide projection, mechanically flashes drawings, woodcuts, watercolors, and sketches inspired by a reptilian iconography of Godzilla films and medieval dragons, occasionally punctuated by the imagery appropriated from the works by Hans Memling and random press archives.

Exhibition in the frame of the annual Warsaw Gallery Weekend