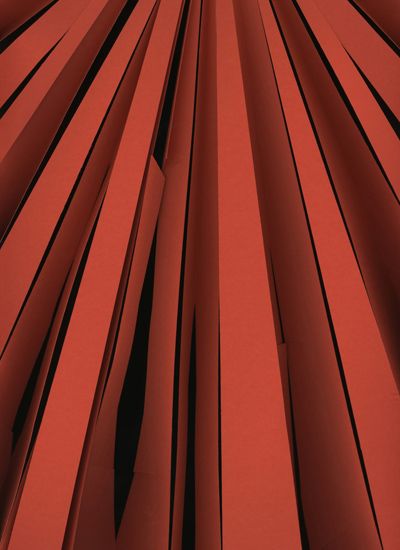 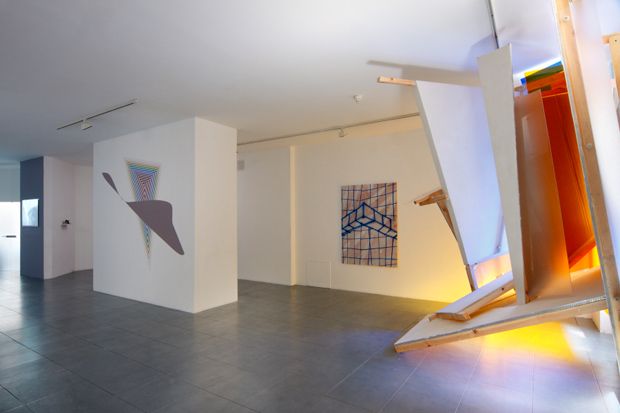 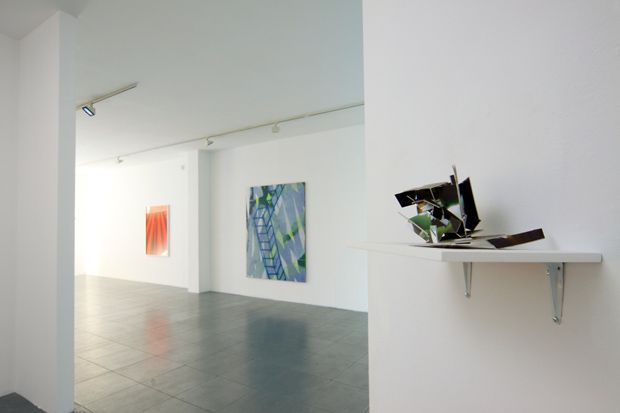 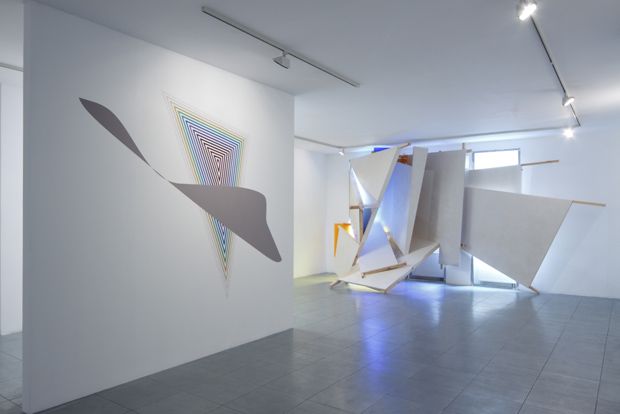 If we could imagine elegance transforming into revolution – this is what characterises the meeting of the three artists: Jaroslaw Flicinski, Andre Kruysen and Peter K. Koch. The free use of the Constructivist aesthetics forms the background of their decisive gestures, along with the echoes of the rebellious avant-garde manifestos of the early 20th century when Marinetti wrote that beauty can only exist in fight and no genuine masterpiece can be created without it, while Theo van Doesburg claimed that "man must constantly destroy himself in order to construct himself all over again”.

In this way Jaroslaw Flicinski (1965, Warsaw) outlines the scope of his artistic quest, having invited the artists whose understanding of art is close to his own. In his latest, large-scale canvases sharp geometry, rendered in noble colours, vibrates, oscillating between disquietude and harmony. "The Arrangements" approach the op-art-like flickering, disturbing perception and make the canvas look as if it were not a rectangle. In another series of paintings, Flicinski destroys the unsettling and pulsating order of "The Arrangements" by, for example, superimposing on them the pattern grids from his series "The End of Summer" (2004). Flicinski extrapolates a banal motif onto the Constructivist tradition in the similar way he did it with his earlier blanket pattern in "Faites vos jeux" (2000). Now working with overlapping stripes and ellipses he simultaneously destroys that tradition.

Andre Kruysen's (1967, The Hague) destruction makes the gallery’s wall explode. A latticed, "shattered" installation from wood and Perspex introduces an uncompromising change into the gallery interior. However, Kruysen tempers this aggressive structure by manipulating with sun-rays piercing through it. Light flickers and reflections become the equal component of construction, introducing colour. Kruysen's compositions derive from Schwitters' famous "Merzbau" collage but deconstruct it.

The energy cumulated in Flicinski's paintings and Kruysen's installation finds its vent in the "Breakthrough" video by a German artist Peter K. Koch (1967, Berlin). This short but very intense film features the process of wild destruction – the demolition of walls with a crowbar. Black-and-white shots, fast montage and the stroboscope reinforce the image of devastation and anarchy which can be dubbed "punkish", following the title of his earlier catalogue "Frozen Punk".

The issue of construction and deconstruction pertains to life and continual change which happens within us, emphasises Flicinski. These three artistic appearances, although using different media, become close to each other thanks to the similar degree of evoked tension or, if one may say so, the energy of positive destruction, initiating creation.