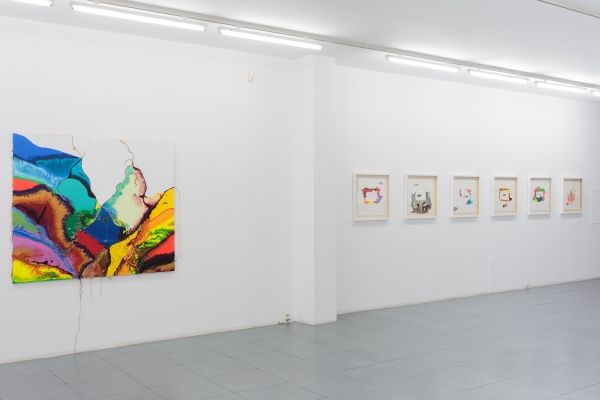 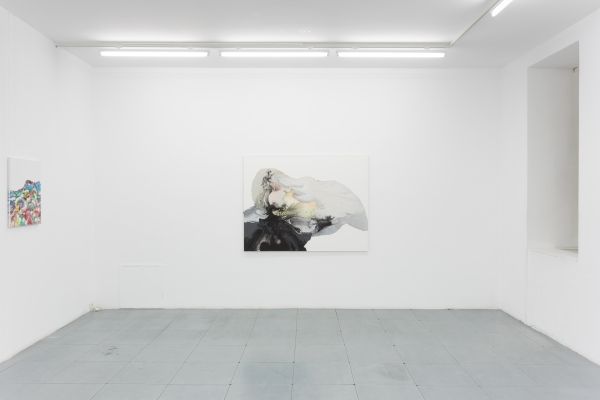 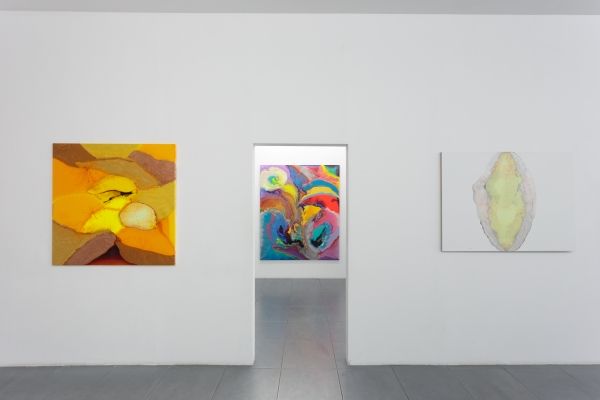 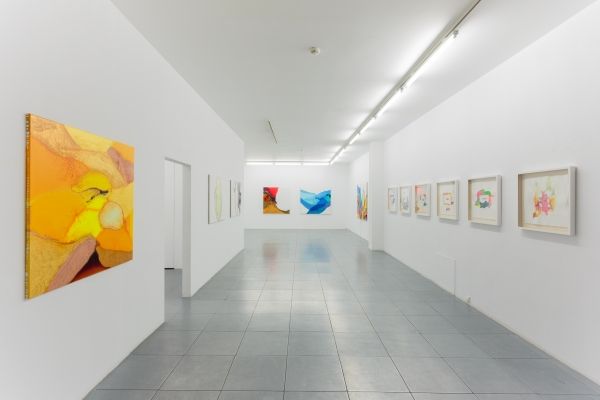 Zuzanna Hertzberg’s individual exhibition at Gallery Le Guern presents her most recent paintings and works on paper created using her signature method deploying multiple painting techniques and featuring organic forms, rich textures, and intense colours. The title of the exhibition makes reference to the notion of the “unknown” borrowed from mathematics: a value searched for, which depends on a number of measurable factors and can be discovered empirically or through mathematical computations. Unknown variables are time-dependent. The unknown (which is searched for) only appears in a specific time range.

The starting point of Hertzberg’s abstract compositions is always a stimulus produced by everyday personal life, politics, history, and philosophical and religious systems, including the Kabbalah. Apparently enigmatic, dominated by biomorphic forms, and seemingly detached from reality, her works are deeply rooted in it. Her works’ painterly DNA carries a hidden message about human life and activity at a given time and place.

Expanding states of awareness and seeking the truth are themes inherent in the works presented at the Unknown Variable exhibition. Transformation of what is unknown into what has been discovered, an attempt to open up to a new understanding, and the recognition of meanings composed out of particles of information and of individual and communal identities – these are fluent processes which can come into being under specific circumstances, including temporal circumstances. The latter, in turn, depend on other factors conducive to crossing the limits of the unknown, to further the quest for truths, and to re-evaluate what is already known.

Zuzanna Hertzberg is a painter, installation and performative artist. She explores memory and corporeality, as well as broadly understood identity and belonging to a place. She is a PhD candidate at the Media Art Department of the Academy of Fine Arts in Warsaw affiliated with Professor L. Tarasewicz and Dr P. Susid’s Painting Space Workshop and with Professor K. Wodiczko’s Art in Public Space Workshop. She has recently participated in exhibitions such as the Biennale Bielska Jesień in Bielsko Biała (2015); Czech-Polish Stars, Kubik Gallery, Litomysl, Czech Republic (2015); Porządek z chaosu, Gallery Le Guern (2015); Colors for the Planet, UNESCO Headquarters, Paris (2015); Proposed Period of Time, Corridor Gallery, Uzhhorod, Ukraine (2014); Closer to Gaza, Kuhlhaus Berlin, (2014); Postęp i higiena, Zachęta – National Gallery of Art, Warsaw (2014).

Exhibition within the framework of Warsaw Gallery Weekend