Joanna Borkowska - On the Edge 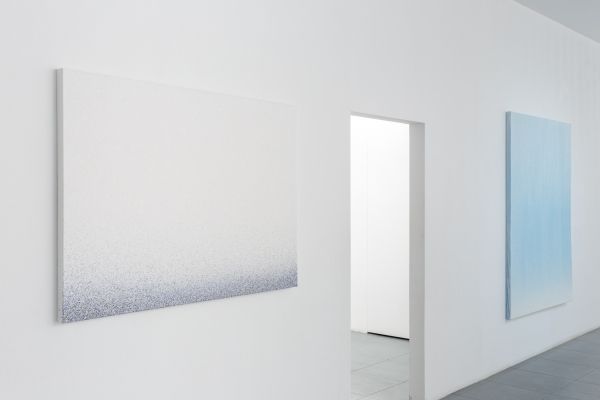 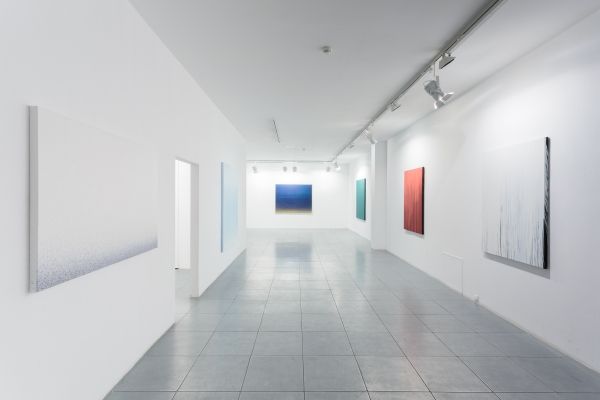 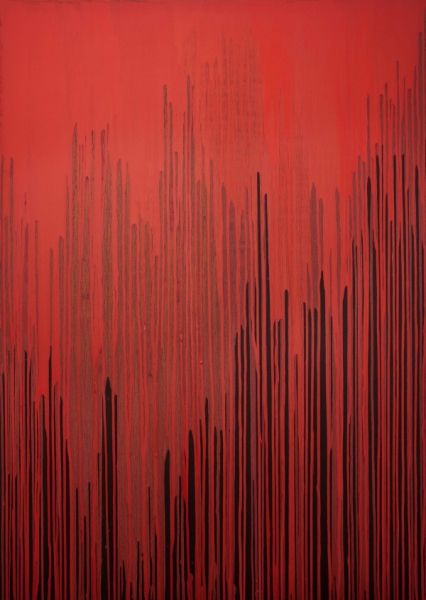 
Le Guern Gallery is pleased to present On the Edge, a solo exhibition of paintings by Joanna Borkowska. The title refers to the artist’s most recent series of paintings that is a component of a larger project—Event Horizon, which is being prepared for the National Museum in Szczecin, Poland.

This exhibition presents a selection of pieces created over the last five years that have not been previously shown in Warsaw. These works distinguish themselves in their unique use of texture and color, and are particularly intriguing because of the way light plays on the picture plane. In her vision of the universe, Borkowska seems to oscillate on the edge of what is visible and invisible, conscious and unconscious. In “Background Radiation,” Andrzej Wajs reflects on the artist’s work:

"Frequencies, Borkowska’s most interesting series of paintings, appears to be an interpretation of the radio interference created by cosmic background radiation. They are a particular kind of intuitively constructed diagrams of radio wave frequencies depicted with color intervals, from white and gray to a glaring red. It is difficult to find a better reification of cosmic radiation as radio waves. You can almost hear these paintings, which mutatis mutandis one could perhaps say about all this artist’s work, which are borne of an experience with non-existence as a point that contains within itself the world’s entire visual, aural, and tangible potential. This is why she understands the art of painting as an act of focusing all of these manifestations into one creative act. Ecstasy, perhaps sometimes even exaltation, are presented here with incredible care and self-restraint, without any alibi for metaphysical extravagances. This is why one might initially have the impression that nothing is going on in these paintings. It is only when we change the way they are lit, or slightly modify our vantage point, when we enter into them, that the texturality of Borkowska’s work slowly begins to reveal itself and do we start to perceive fault lines, shifts, ruptures, and perhaps even movement, in her canvases."

Since 2008, Borkowska has devoted herself completely to painting. After debuting in 2009 with a solo exhibition in the National Museum in Szczecin, Poland, and participating in the Florence Biennale, her work was displayed at Krakow's Center for Contemporary Art - Solvay in 2010. She also exhibited solo projects at Art Monaco'10 and Step09, the latter of which was held at the Leonardo da Vinci National Museum of Science and Technology in Milan. In 2013, she was included in the group show Art Inside in Zurich, Switzerland, curated by Gigi Kracht. In 2014, she was an artist in residence at Matadero-Madrid Contemporary Art Center. In 2016, the Museum in Koszalin, Poland, organized Borkowska’s first retrospective exhibition. Later in 2016, The National Gallery of Art in Sopot, Poland, presented Z.E.N., another solo exhibition of paintings. Borkowska also participated in Galeria Labirynt’s group exhibition DE - MO – KRA - CJA in Lublin, Poland in 2016. In 2017, her solo exhibition Elements was shown at BWA Jelenia Góra, The Municipal Gallery of Art in Legnica, and BWA Zielona Góra. In 2018, Borkowska will have solo exhibitions at Miejsce Sztuki 44 in Świnoujście, as well as the National Museum in Szczecin, and will also be an artist in residence at Art Omi in New York.