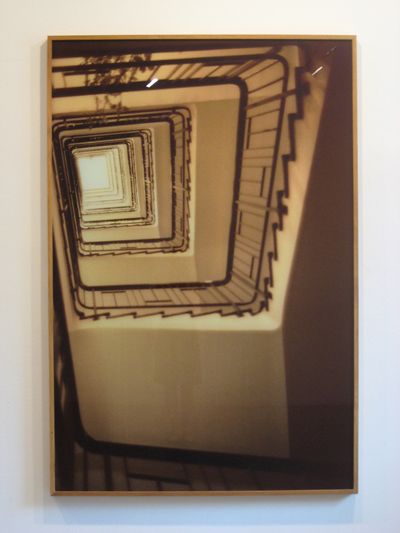 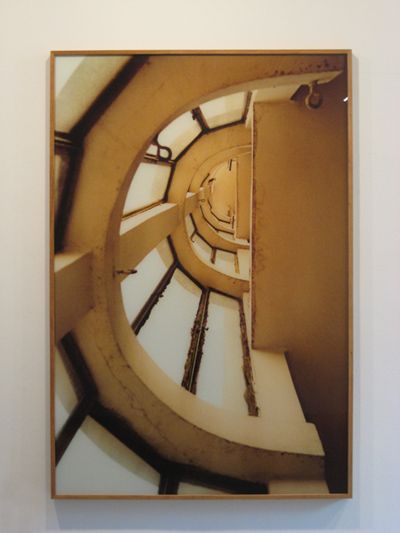 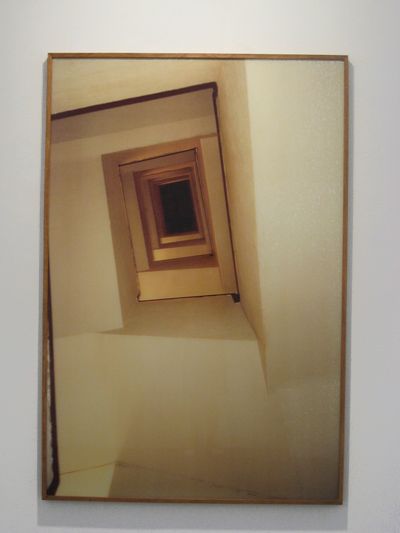 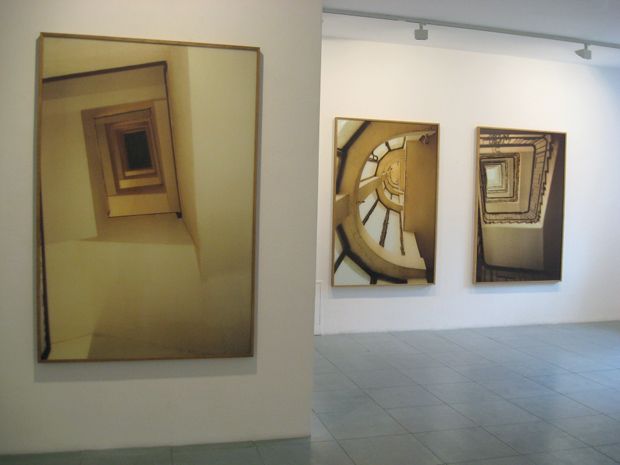 La Boum III is a presentation of the works of three German artists, who belong to different generations and work in different techniques. For the few decades now, Günther Förg is recognized internationally as one of the most important figures on German art scene. His three large photographs created in 2006 represent artist’s steady preoccupation (since 80th) with architectural themes. The series realized in Krefeld, Dessau, Frankfurt, Wien, Barcelona, Moscow, Prague, Tel Aviv, are devoted to the rational tradition of modernism, i.al. to the esthetics and utopianism of the Bauhaus, Nazi architecture, but Förg’s main concern here is how this tradition is seen from today’s perspective, while his monumental in scale painting (2005) impress us as an example of a polemical dialogue with a modernist inheritance in painting, full of shrewd references to minimalism and geometrical abstraction.

Tegeler Weg (2004), Olaf Metzel’s graphic work is connected with his sculpture presented two years ago on the exhibition “Zur Vorstellung des Terrors: Die RAF” at the Kunst-Werke in Berlin – the sculpture consisted of two fragments of a concret wall perforated with through-and-through openings. As Metzel, whose art is political and close to activism, explains, Tegeler Weg is a street in northern part of Berlin leading to court of justice, where early lawsuits against leftists were being conducted.

The installation by Lorenz Strassl (2007) is a good example of his specific artistic method, as he creates new, often baffling meanings, using everyday, banal objects. He often treats photographs as the record of prearranged scenes, where various home utensils, furniture, but also such elusive but potent elements like fire, water and smoke play important role. Those surprising representations endowed with difficult to grasp, cryptic meanings, are usually short-lived like every installation, and can be only preserved in photographs. Curator: Robert Crotla