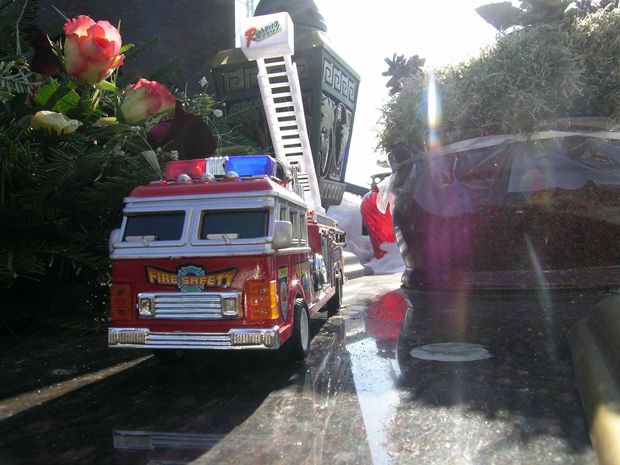 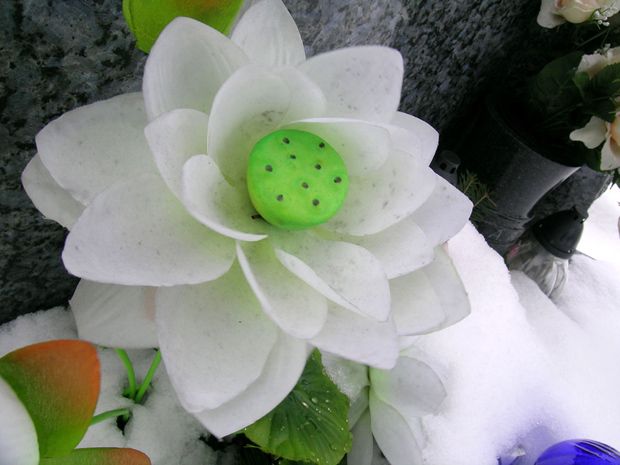 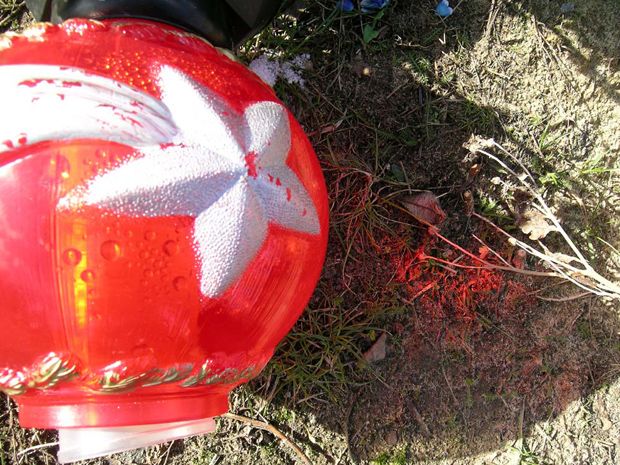 Przyjemska’s latest works are photographs whose representations can at first sight be misinterpreted. A fire engine, an oval-frame picture of an airplane against a stone background, Santa Claus figures, a white rabbit, colourful flowers, glossy decorations. After a moment it turns out the Santa Clauses, the rabbit, the little house are fancy cemetery candles, the exotic flower on the snow is artificial, the fire engine is a toy, and all that are gravestone decorations. A kind of contemporary vanitas, a mimetic reflection of absence, of rituals, in which that which is missing is perhaps more significant than anything else. A memory referring to life rather than death, whose taboo, strongly rooted in the contemporary culture, diverts attention towards the present, the symbolic forms of its duration. The photographs, made at one of Warsaw’s cemeteries, demonstrate how the market satisfies the need for negating, or at least mitigating, death, exorcising it with the nostalgia of ritual gadgets. They show the extent to which the former loftiness of eschatology has become an area of consumerist ingenuity.