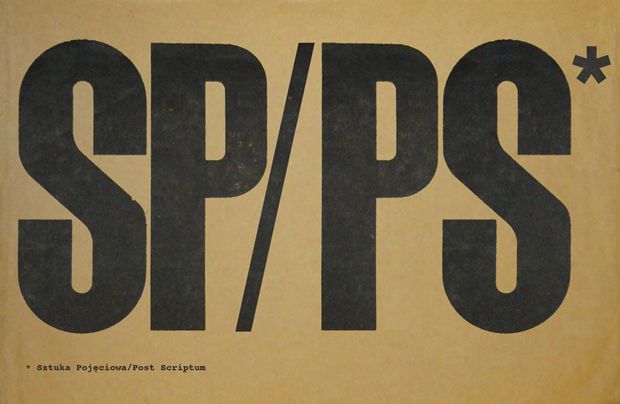 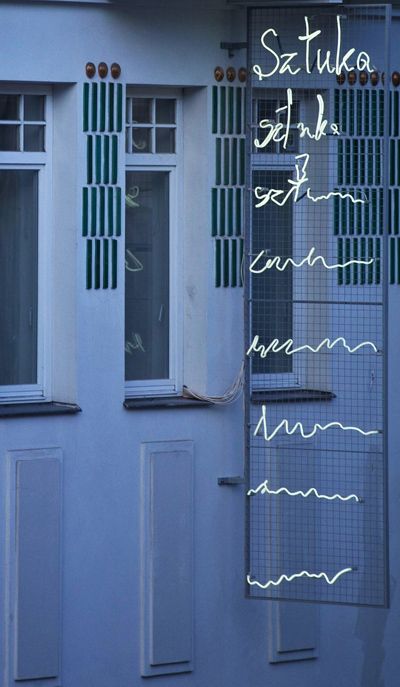 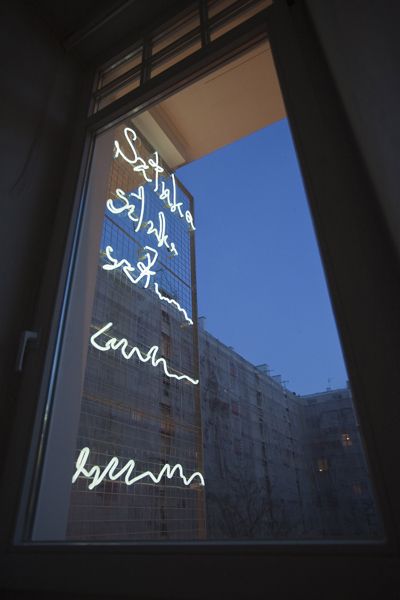 SP/PS, the title of Rafal Jakubowicz’s most recent project, stands for ‘sztuka pojeciowa’ (‘conceptual art’) and ‘postscript’. Jakubowicz’s practice has always had a lot in common with conceptualism; the conceptual level is more important in it than the material one. The latest, minimalistic piece opens up a wide range of references and touches on many contexts. It has been inspired by the Polish art of the 1970s, and in particular the writings and practices of Jerzy Ludwinski, an outstanding theoretician and animator of contemporary art, who died in 2001. Ludwinski founded the Pod Mona Lisa gallery in Wroclaw and came up with the idea of creating a Museum of Recent Art there. In November 2009, an anthology of his texts was published, Sztuka w epoce postartystycznej [Art in the Post-Artistic Era], edited by Jaroslaw Kozlowski, featuring, among other things, Ludwiński’s last interview, conducted by Rafal Jakubowicz. The SP/PS exhibition reveals a strong influence of the nonconformist critic’s theories on Jakubowicz’s practice and shows the latter in a different light. Rafal Jakubowicz (born 1974) is an author of installations, videos, paintings and critical texts. In 2002, he gained recognition with his powerful piece Arbeitsdisziplin. Jakubowicz often deals with difficult themes, but has also earned a reputation as an artist who creatively refers to the conceptualist legacy, turning it into his own style of paradoxical thinking. He reflects on the position and role of art, lately especially on its institutional aspect (the unfulfilled project Miejsce). In 2007, he was nominated for the Deutsche Bank Foundation Award as part of the Views exhibition at the Zacheta, Warsaw.

In cooperation with WRO Art Center in Wroclaw