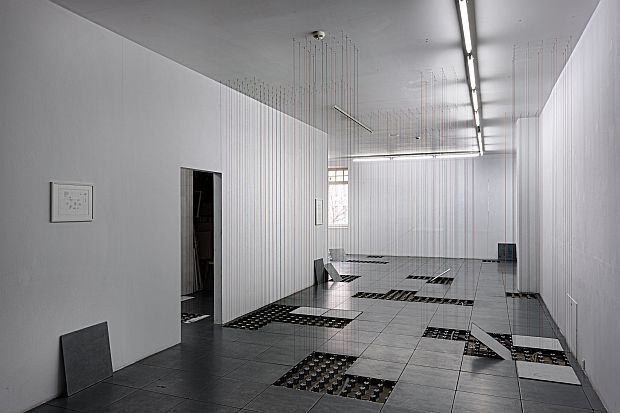 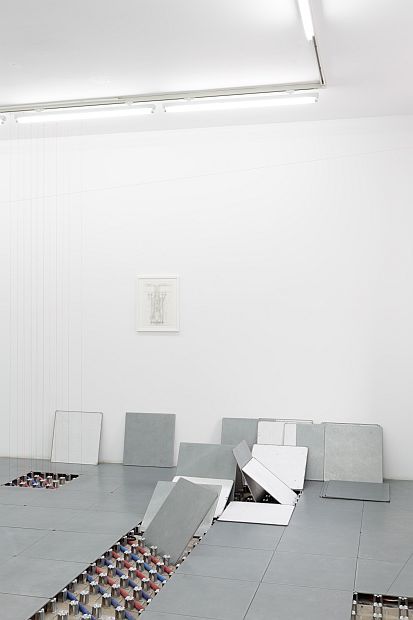 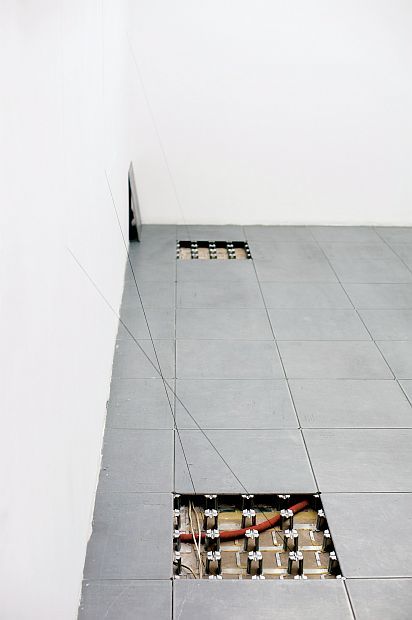 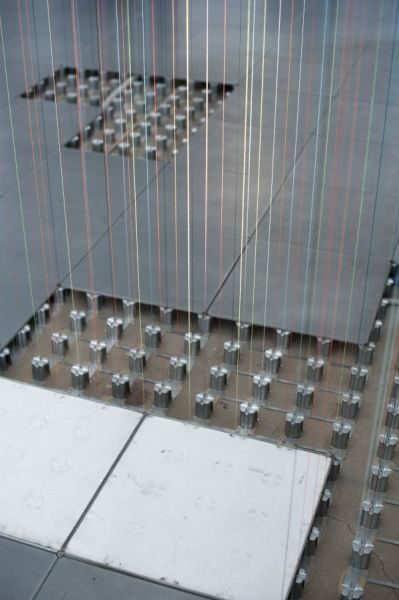 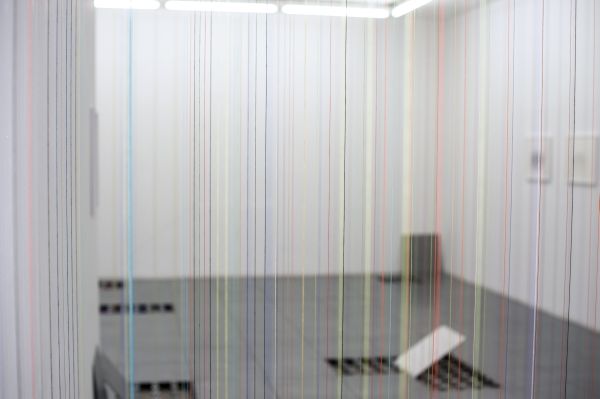 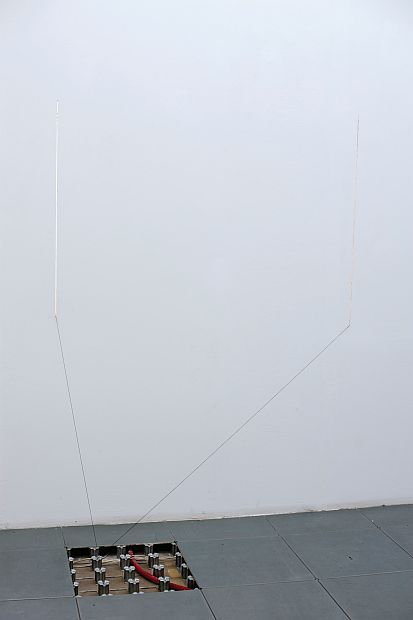 Man organises space and becomes part of its inner order. He moves in it, and space, which has its own logic, changes. Its layout includes all kinds of elements such as walls, objects and man – in mutually variable spatiotemporal relations.

The threads present in the exhibition, serving also as three-dimensional drawings, stretched from floor to ceiling, outline walls and columns. As the viewer moves and his perspective changes, the ‘thread walls’ become defragmented, creating the impression of a different place. The space becomes dynamic, as if moving in whole. A similar feeling can be observed in a winter forest where the distances between the trees seem to be changing.

What I wanted to highlight is the fact that the layout and organisation of space – a gallery space in this case – are a complex arrangement of all kinds of systems. I’ve opened fragments of walls in order to partly reveal the rooms behind them, a bookshelf, windows. Floor openings, too, change the dynamics of space and its perception. Space can suddenly become fragile as the exposed parts show the conventionality of the floor’s construction and statics.

I am interested in fantasising about what is behind the wall. I wonder sometimes whether traffic in the hallway of my neighbours’ flat affects other rooms as well; whether the sound of a chair being moved next door influences the atmosphere in my own home.

We often believe that walls are built ‘forever’, forgetting that a space may have looked differently in the past; for instance, that it may have had windows that let daylight in. While working on this exhibition I was thinking about the memory of space and about the construction and atmosphere of different exhibitions set within the same, constantly changing architecture.