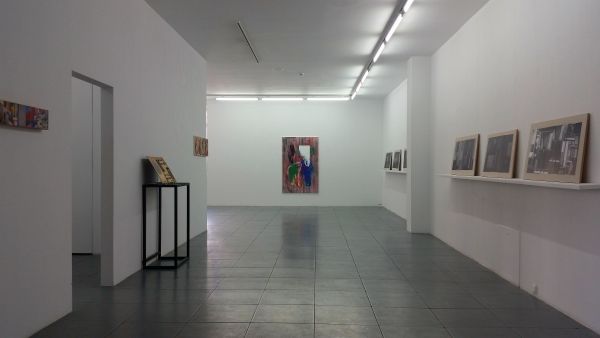 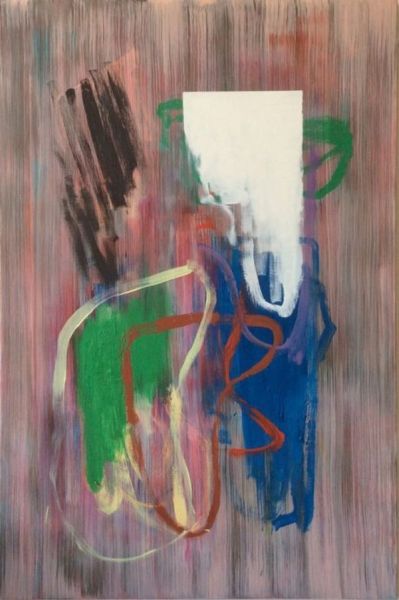 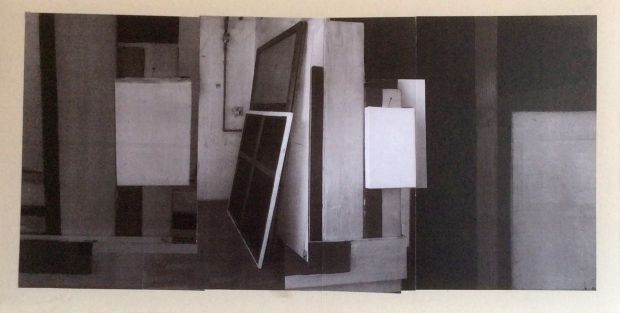 Painting Studies features selected examples of works dating from the 1970s and onwards as well as most recent pieces, including oils on canvas, drawings, and collages. The title refers to the notion of the artist’s studio but also to the stages of the creative process. The exhibition as a whole presents a study of the space of Tomasz Ciecierski’s artistic universe.

In an essay analysing the phenomenon of the artistic studio and its aura, Andrzej Pieńkos notes that just as the importance of artists’ biographies has increased, so has that of their studios. “The artist’s life has been more and more closely scrutinised, and the same can be said of his work/live space. The aura of the post-Romantic artist tinges his “mythical place” – the studio’.

In a similar way, Tomasz Ciecierski’s exhibition at Le Guern Gallery organically connects the themes of biography and studio, as well as that of works created in a specific time-space. Appearing time and again in his paintings and collages, Ciecierski’s studios – in Anin, at the MDM, and in Praga, Warsaw – are an important element of his artistic biography, recording the passage of time in a kind of visual ‘chronology’. Painting Studies are thus both witness to, and protagonist of, the successive experiments and turning points in Ciecierski’s phenomenal practice.

The technique of an artist working through the subject of the painter’s instrumentarium is an important theme of the show. Motifs of paints, brushes, canvas stretchers, and palettes recur throughout Ciecierski’s characteristic painting and photographic oeuvre.