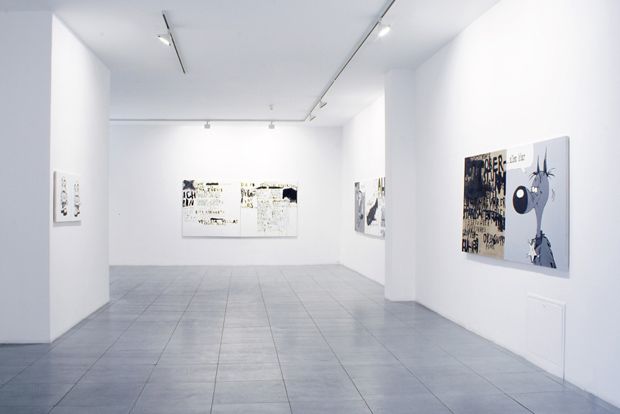 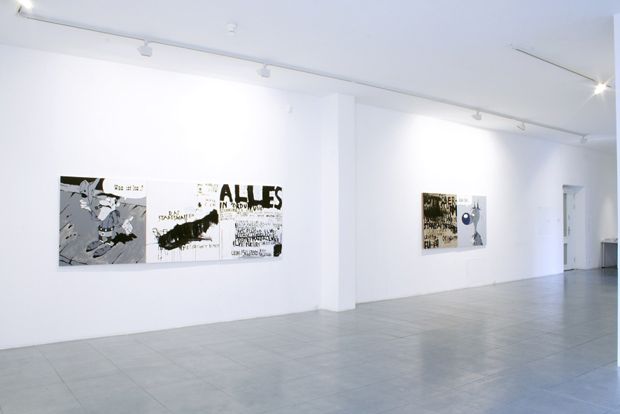 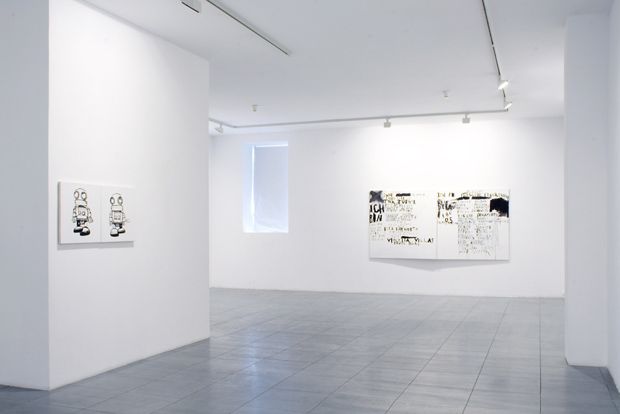 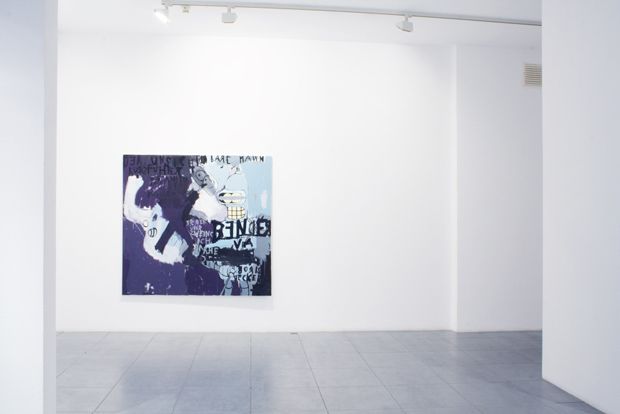 The paintings of Tomasz Partyka escape from traditional stylistic and aesthetic painting criteria. Painting, contrary to all expectations, is a way of fast notation, a way of recording observations in a short and often very playful manner. Partyka’s canvasses are covered with inscriptions, sometimes the stream of words makes shapes that are impossible to read and force the reading into a visual experience. The source of the absurd - which also forces associations in a superficial and often unconscious way - endorses reality. In the newest series of his paintings, Partyka is carried by linguistic paradoxes, enumerates the famous couples of twins, compares the surnames carried by popular figures with their true surnames that sound quite impersonal and calls attention to the phenomenon of the popularity of comics and film characters. Tomasz Partyka, who graduated this year from the Art Academy in Poznań (The Workshop of Painting and the Workshop of Video), is also engaged in film. This year, his video realizations were presented during: 8. UP-AND-COMING International Film Festival in Hannover; 11th Bristol International Short Film Festival in Bristol; 52. Internationale Kurzfilmtage Oberhausen in Oberhausen; PEK 2005 Film Festival w Hadze; WRO 05 - XI International Biennale of the Media Art in Wrocław.